Independent guides for the modern tourist

Avebury, Wiltshire: a day trip and tourism guide for 2021

Hidden within the rolling hills of northern Wiltshire is the picturesque and mystical village of Avebury.

The village is lies within a Neolithic (2,600BC) stone circle, while in the nearby countryside are ancient burial sites, and standing stones of unknown religious importance.

Avebury is barely known in comparison to Stonehenge (which is just 27km to the south), but the village is much more fascinating and still retains its mystical allure. Visitors can respectively touch the stones of Avebury, walk the pagan avenues or ponder the mysteries of Silbury Hill (the largest Neolithic construction in Europe).

Along with the Neolithic sights, Albury also offers a charming 16th-century manor house (which is open to the public and managed by the National Trust), a delightful Norman church, and unspoilt countryside leading in every direction.

Avebury may only be a tiny village, but it is one of the highlights of Wiltshire and should not be missed. This article will show you why you should visit Avebury and help you get the most from your day trip here. 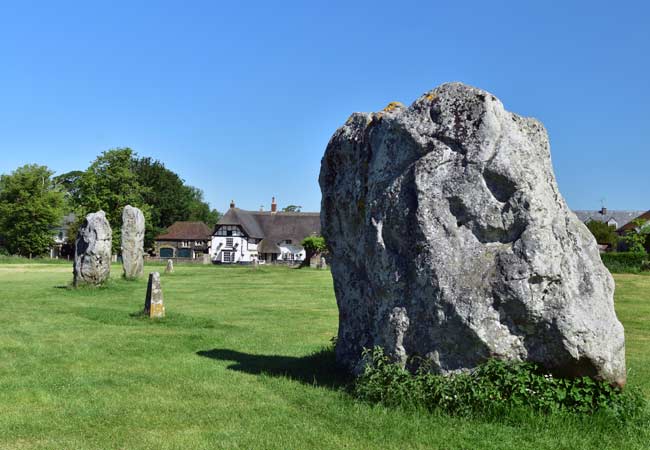 Avebury Stone circles – The three stone circles of a Neolithic ritual complex, which was an important religious site for over 1,500 years. 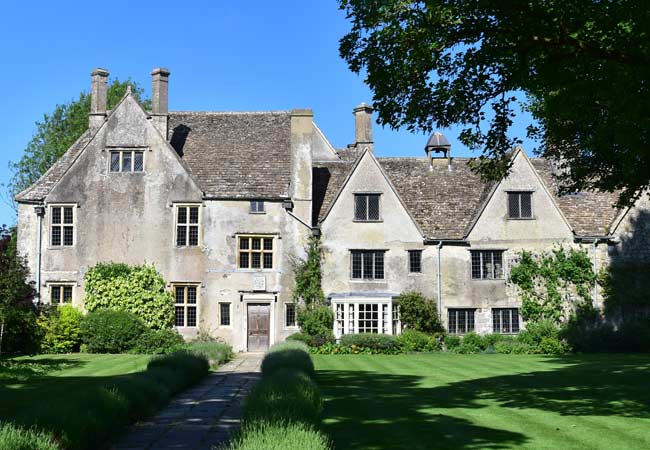 Avebury Manor – A 16th century manor where visitors are encouraged to interact with the exhibits, and surrounded by beautiful gardens 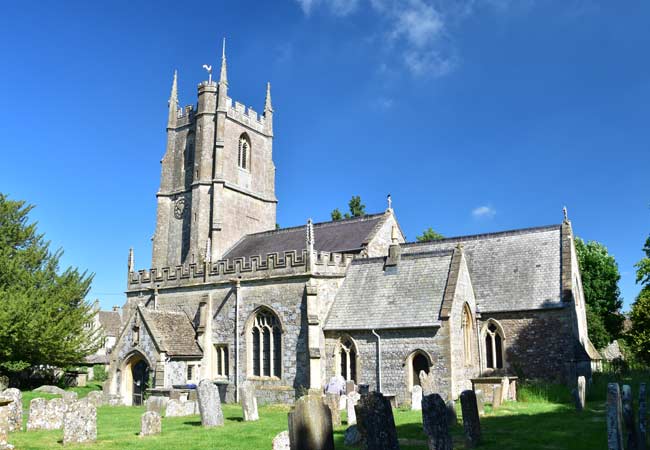 Saint James' Church – A delightful church in the centre of Avebury 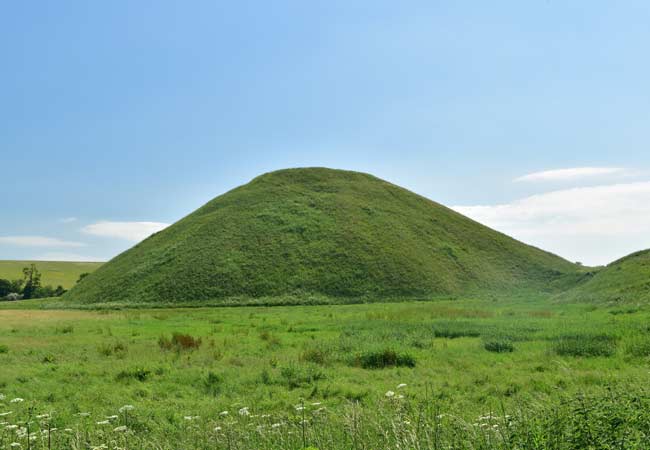 Silbury Hill – The largest Neolithic (2,400 BC) mound in Europe, its size rivals the lesser pyramids of Egypt, but its purpose is a mystery.

A day trip to Avebury

Avebury is great destination for a day trip, and is even better if you enjoy the outdoors and walking.

Avebury is only a small village, and all of the sights can be easily seen in a couple of hours of sightseeing. A typical trip divides the time equally between the Stone Circles and the Manor complex.

Most visitors start by viewing the stone circles to the south of the village and then walk around the raised bank which encircles the village (about a 1-mile walk). This leads into the Manor complex with the manor house, gardens, Saint James' Church and Avebury Museum.

To further extend a trip you could follow the West Kennet Avenue, a Neolithic Avenue marked by paired stones, which leads south-east out of Avebury.

With your car you could visit the additional Neolithic sights around Avebury which include Silbury Hill, West Kennet Long Barrow (a burial mound) and the Sanctuary (site of a wooden pre-historic circle)
Note: Silbury Hill cannot be climbed and only takes a few minutes to see from the car park.

Below is an interactive map for a suggested day trip to Avebury. 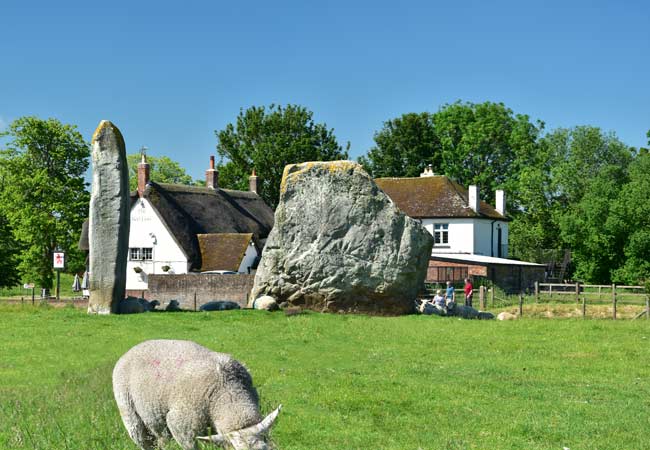 Practicalities for a day trip to Avebury

Avebury is managed by the National Trust. The main car park is to the southeast of the village (postcode SN8 1QT) and has a day rate of £7.00 (or £4.00 if you park after 3pm). This "all day rate" is comparatively expensive as most visits to Avebury are only two to three hours.

Warning: The parking machines do not accept card, and it is very difficult to pay using the RingGo car parking app as there is limited mobile phone reception in Avebury. If possible bring cash.

Insight: National Trust membership provides free parking and free entry to the Manor. English heritage members can park for free but have to pay for the Manor.

The Stone Circles, Saint James' Church and village are free to explore. 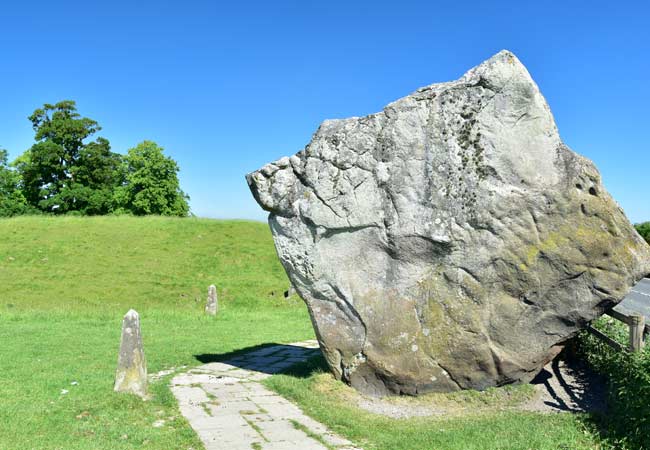 Avebury is a very small village, and the number of eating choices is very limited. The most popular option is the Red Lion pub (part of the Greenking chain). Main dishes are in the £10-14 range, and the food in the Red Lion is good quality, but it can get very busy at peak times.

Another good option is the Waggon & Horses pub which is on the A4, 1km to the west of Avebury. There is a café in the National Trust complex (the Circles Café) which sells decent food. 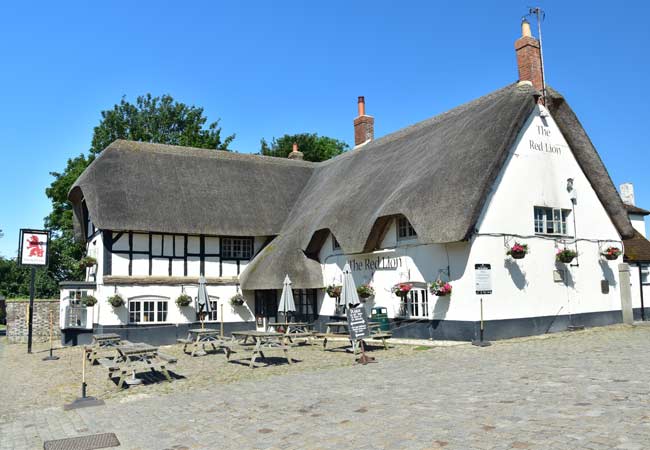 The Red Lion pub is supposedly the most haunted pub in Britain…..

The Manor is one of the most interesting and engaging stately homes found in England, simply because it encourages people to explore the rooms instead of passing through them.

Visitors are allowed to handle every object, open every drawer and even lie in the ancient beds. For children, this is a captivating experience of living history, while adults will be equally impressed, even if it is only for the bizarre exercise machine found in the dining room.

Each of the nine rooms reflects a different time period of the manor house, ranging from Tudor era (16th century) through to the 1930s. Surrounding the manor house there are pretty flower gardens and ornamental grounds.

The Tudor Parlour in Avebury Manor

Located in the courtyard of Avebury Manor is the Alexander Keiller Museum, which is divided into two sections: The Stables Gallery and The Barn Gallery. These museums detail the history of Avebury by displaying the objects discovered (Stables Gallery) and interactive displays (Barn Gallery).

Overlooking the Manor is the Saxon (1000AD) church of Saint James Church. This pretty church underwent major reconstruction during the 12th century and is a blend of many different ancient architectural styles. 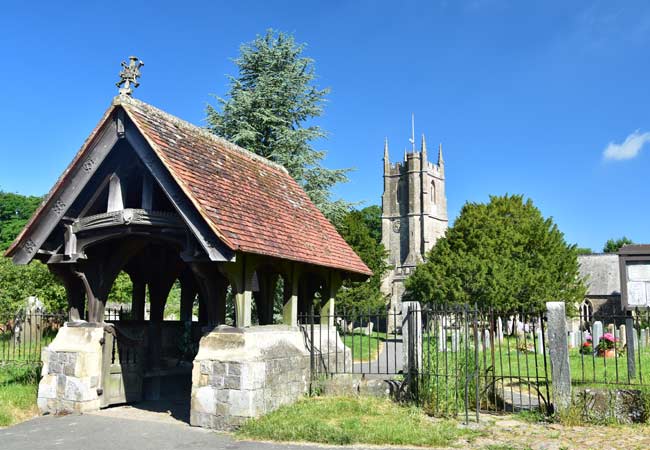 The church of Saint James

Silbury Hill is the largest Neolithic mound in Europe, standing at 40m high with a diameter of 167m, but the reason for its construction is a mystery. Excavations and ground studies have confirmed it was not a burial site. The mound sits in a slight valley so it was not constructed as an icon, or grand symbol to impressive Neolithic travellers to Avebury – also it can not be seen from the rings of Avebury.

For some reason the equivalent of 500 men working for 15 years, toiled to construct Silbury Hill...

The Stone Rings of Avebury

The rings of Avebury are free to visit, and there are no opening times, which also means that they can be enjoyed at your own pace. Free and informative guides can be picked up at the visitor centre in the car park or at any one of the National Trust buildings.

There are three rings at Avebury, with a larger outer ring that follows the defensive moat and ridge, and two smaller rings contained within the larger one.

The outer ring has 98 standing stones, and the 1-mile circumference makes for a pleasant 30-minute walk. Inside this outer ring, there are two smaller stone rings that have a total of 83 stones. 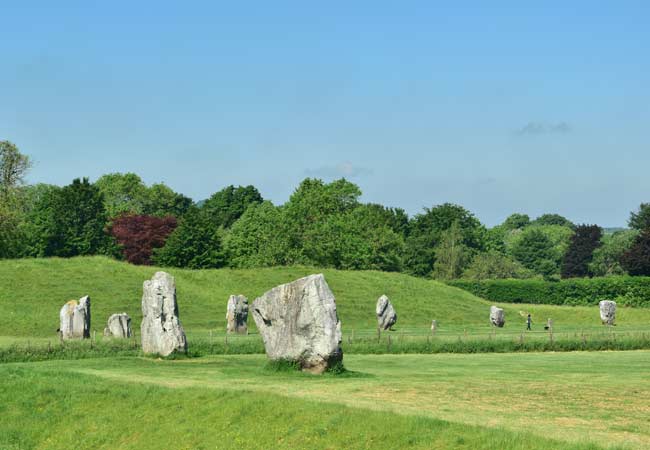 Many of the stones are missing and are marked by placeholders; these stones were removed during the Saxon and Victorian eras.

In the Saxon era (800-1000ad) the church set about actively destroying the pagan symbols, and parishioners were encouraged to smash the standing stones.

During the industrialisation and rapid building phase of the Victorian era (1860-1890), the stones were removed to use as construction materials for the village of Avebury. Much of this "new" village was cleared in the 19th century as the importance of Avebury became apparent.

In 1925, Alexander Keiller, a wealthy gentleman with a passion for archaeology, purchased the entire village and set about identifying and restoring the original monuments.

This included the demolition of much of the Victorian village, whose residents were rehoused. What we see today at Avebury is the result of Keiller's work, but it remains unfinished, as it was permanently interrupted with the start of WWII.

Avebury is in a very rural region and there is limited public transport from the popular tourist centres of Salisbury, Bath or Bristol. There is no train station close and the most regular bus service connects Swindon and Marlborough, so generally most visitors to Avebury drive.

There is a regular bus service from Avebury to Swindon

Even though Avebury is in the middle of the countryside, car parking can be very difficult - especially during the summer.

There is a small overflow car park, but it fills up quickly; never park on the roads with double yellow lines, as you will get a ticket/fined/towed away. Other parking options include the car park at Silbury Hill, or the roads with no line markings.

Why did Salisbury
move from Sarum?

GuideOfEngland.com, over 200 pages of England tourist guides and information